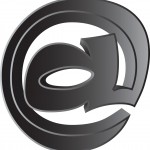 Knowing you want your own blog is one thing. Deciding on a name is another.

I’ve read a few things about what makes a good domain name, but I only had two stipulations:

It’s also argued that .com’s are perceived as being more professional sites, with some extensions, particularly .info, being more associated with spammy sites. Why’s this? Well again, I’m not too sure. Dot info domains are generally considerably cheaper than the others, so if you were looking to create a large number of low quality sites, this would probably be the extension to choose.

However, not opting for .info doesn’t mean that .com is the best, does it? I’m based in the UK. If I were to start a business specifically targeting the UK market, a .co.uk domain may be the best option. But I’m not targeting a UK audience, I’m online, and the world’s my oyster! So I’ll stick with perceived wisdom, and go with a .com.

2.  My domain name had to be no more than fifteen characters. Why? Because I’m probably going to want to build a presence on various other web 2.0 sites. There are hundreds out there, but the two that spring to mind are Facebook and Twitter.

I’ll probably create a Facebook fan page, and if I do, I’ll want a vanity URL. As far as I’m aware there’s no maximum length to this, although there is a minimum of five characters.

For Twitter, I’ll need a username. And the maximum number of characters is, you’ve guessed it, fifteen.

So if I want a name consistent across all sites, I’m going to limit my domain name to a maximum of 15 characters, and hope that I don’t subsequently want to use a site with a shorter maximum length username 🙂

So what am I going to call my domain?

Apparently, having a keyword as your domain name, which is known as an exact match domain (EMD), is good for search engine ranking. So, for example, if I called this blog internetmarketing.com, it’s more likely to be found by someone searching via, say, Google, than if I called it amandaprior.com. Bad luck. Internetmarketing .com’s already taken. Although, to be honest, I regard my blog as being a bit of a personal thing, and don’t really want it dictated by “business rules”, so I’m not really that disappointed.

Amandaprior.com’s also already taken. That’s a bit of a bummer 🙂

So I thought I’d give this blog a name which reflects the message it’s trying to communicate, rather than the content (if that makes sense).

I thought about womanonamission.com. But it’s gone.

Now, annoying though it is, I don’t really mind if the domain’s not available, provided it’s being used. But some of these are just advertising sites. And that hacks me off 🙁

So I then started thinking a bit more outside the box.

Or perhaps the internet marketing journey so many start but seem to get lost in?

And why do they get lost? Perhaps it’s the vast range of opportunities out there that make it so difficult to focus on and master just one before moving onto another?

Or perhaps people can concentrate on just one discipline, but get lost in the rapid pace of change?

“somebody who frequently and rapidly changes personality or appearance”

Is it a good name? I don’t know. I know I’d better start putting some content on it, cause no ones gonna type it in a search engine! But then I doubt many type in Occam’s Razor either. And I wouldn’t mind having his readership 🙂

What d’you think of the name? Should I have gone with something “safer”? How easy do you find it to decide on a name?

Drop me a line and let me know.

Oh, and before I forget, if you want to know if your name’s available as a username across various sites, you can check it here.