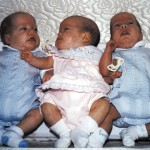 And I hope they’re right.

Readers of this blog will know that disaster recently struck when my hard drive crashed. Not a nice thing to happen, but I didn’t panic, until I discovered that my backup also failed.

It took a while to get back on track, and if I’m to be honest I’m still feeling the impact of it, but at least I’m moving forward.

Or I was, until I tried to log in to my blog, only to discover that I couldn’t access the login page. I don’t know what happened, or why, but this is what I was confronted with.

A search on the internet came up with all sorts of suggestions regarding how I could regain access. There were also some posts saying it was a WordPress problem and therefore hosting companies couldn’t help.

Now, I’m not a techie, but I do like to know what’s going on with my own site and, if possible I like to solve my own problems. So I spent weeks, no joke, trying to regain access. I ventured into places I’ve never been before (do you know what the database looks like?), but all my efforts were in vain.

I thought about contacting my hosting provider, but kept remembering what I’d read, so just struggled on. Eventually however, I did.

Two and a half hours later I was able to login:-)

But the very next day……

No messing about this time. Straight off to PC World. And two days later, back up and running.

And the moral of the story? Well there’s two really. The first is not to assume, but confirm. If I hadn’t been convinced that my hosting company couldn’t help, and instead had simply asked them, I would have saved myself weeks. And the second is to recognise your limits. We can’t all do everything, so play to your strengths and outsource the rest. In doing so you get a better job done, in far less time, with much less stress.

Over To You: Have you ever wasted time due to an incorrect assumption? Do you lose days doing things yourself which would be better done by others? Or maybe you already outsource work and can share a story about how you’re benefiting from it?