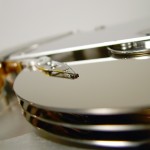 It’s been a long time since I wrote my last post, and it feels even longer!

There I was one minute, typing up a post, and the next minute, the screen’s frozen.

Having got the customary expletives out of the way, and waited for what seemed an age for the system to sort itself out, it became apparent that there was only one way of dealing with it, turn the thing off and reboot.

But it wasn’t having any of it.

It turned out it had a faulty fan which caused the hard drive to overheat and crash. They both needed replacing.

I thought the biggest inconvenience was the fact that I was going to be without the PC for a couple of days. But no, it just kept going from bad to worse.

Anyway, long story short, turns out the second company was able to retrieve the data, although they couldn’t do anything about the backup.

So I’ve got my data, new hard drive and backup storage, and am slowly reinstalling programmes. I’m up and running and ready to start posting again.

But I’ve been thinking about backup solutions. I was backing up on an external hard drive and had been thinking of transferring it to the clouds. It’s just that I felt uncomfortable about not owning the device my data was stored on. Now I’ve been forced to address the issue, I’ve gone for a NAS box with mirrored drives. But I still have these niggling thoughts about the cloud.

If this article has made you think of backup solutions, but you’re unsure of which way to go, here’s a few articles to help you make your decision:

Which Backup Solution Is Best For You?

What Is The Best Backup Solution?

Over To You: What do you think? Would you trust your data to the clouds? How do you backup your system?